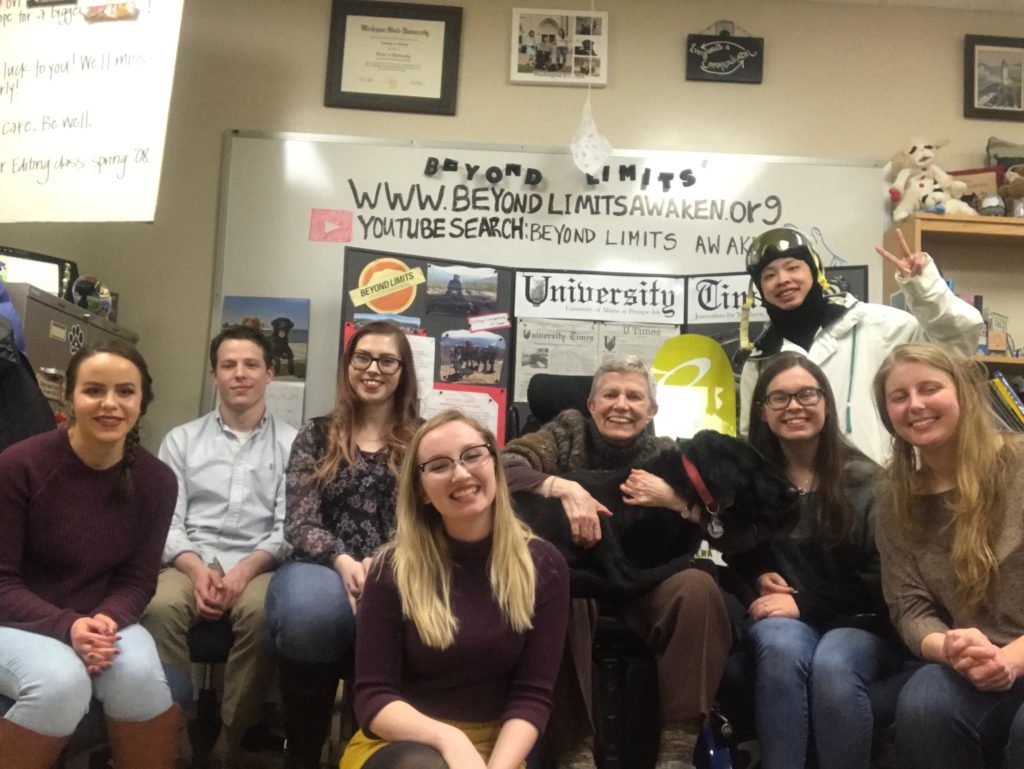 Hello, everyone! Saint here. Tuesday was a super exciting day for Mummy and me! After a full day of going with Mummy to classes and seeing all my friends, we had something else very exciting to do! Some of Mummy’s students came to Mummy’s office to see us and we did something called a Facebook Live Event. It was a lot of fun, except for the fact that Mummy put me in my booties and coat, but I didn’t mind too much. Mummy got me those booties a few years ago because the snow and salt hurts my paws. Mummy always looks out for me: she’s the best!
During the Facebook Live Event, Mummy and her students talked about BEYOND LIMITS and they asked a bunch of questions about me! Mummy kept on saying that the Live Event was about me, which was very exciting. That’s why she had me in my winter gear. One of Mummy’s students dressed in his winter gear too, so I didn’t feel too bad about having it on.
During the Live Event, I kept on running over to my bed because I was SO TIRED, but Mummy kept telling me no, and I’m glad she did. Even though it was a long day, I had tons of fun!!
I do need to get lots of rest though because Mummy and I are going on a big adventure next week. We’re driving to Kentucky and going on a hike! Make sure you stay tuned for that.
Have you guys ever done a Facebook Live Event? Do you have any Winter Gear? What do you Love about Winter? I love you all!

View all posts by Alyssa Sinclair