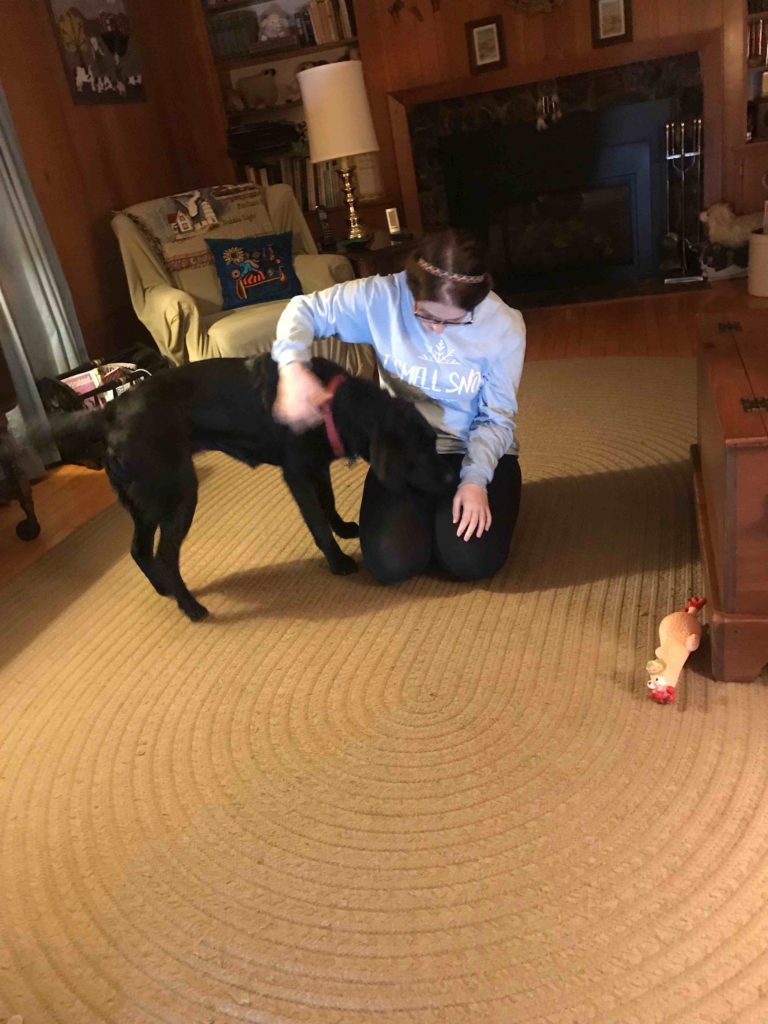 The first time I knew I was going to be a part of something important for BEYOND LIMITS was when my classmates and I were tasked with trying to get volunteers for the Appalachian Trail Adventure. That for me was when I realized that we were actually helping Dr. J with this goal she has, and that this was going to be bigger than just a class for us. It really became real to me at this point, knowing that I was helping get people involved. Even though many didn’t answer when we called them, we were still getting the word out, and that was the biggest success I think.

When I think about BEYOND LIMITS, I don’t just think about Dr. J and her disability, I think of any people who have ever felt like they can’t do something, whether it is because of a physical disability or not. BEYOND LIMITS is more than disability. We all have those days where we don’t feel like we can do something, and BEYOND LIMITS is there to show us that no matter what the circumstances, we can do whatever we put our minds to. It means to push beyond those limits that we put in our minds and overcome anything that may be in our way.

BEYOND LIMITS matters because we all have those times in our lives where we think that we can’t do something. We make ourselves think that it’s going to be too hard, so we don’t bother trying. BEYOND LIMITS teaches people that no matter what may be in our way, whether it is a disability or us just telling ourselves that we can’t, that we can do it. Can’t is just a word we use when we’re scared. BEYOND LIMITS shows us that it’s okay to be scared, but we need to try to overcome our worries and our doubts and do something that in the end will make a difference in whatever that may be.

For me, BEYOND LIMITS has shown that I can do whatever I put my mind to. I have been diagnosed when anxiety disorders since I was a sophomore in high school, and that has stopped me from doing a lot in my life. I tend to stay in the background. I tend to keep to myself. BEYOND LIMITS has shown me that we can do whatever we want: we just have to push ourselves, tell ourselves that we can do it. I have pushed beyond my limits throughout this whole project. When we had to make those calls I mentioned earlier, I hated the idea. With my anxiety, I have a hard time talking on the phone. The only person I feel comfortable talking on the phone with is my mom. Anyone else, I would rather have call me or use email and texts to get the message across. I spent hours just holding my phone, trying to get myself over the fear of talking on the phone to a complete stranger. In the end, I told myself that I can do it, and when I made myself do it, as hard as it was, I pushed through it, and was able to make those calls. BEYOND LIMITS has taught me that I can do it. That no matter what I feel is holding me back, I can push through it, because the worst thing that I could do is not try.

BEYOND LIMITS is something I will think about when I have those bad days. Even when I have graduated, I will always think back to BEYOND LIMITS and how I overcame some of my anxieties, and how BEYOND LIMITS taught me that when you put your mind to it and push through those cant’s floating around in your head, you actually can.

View all posts by Meghan Legassie