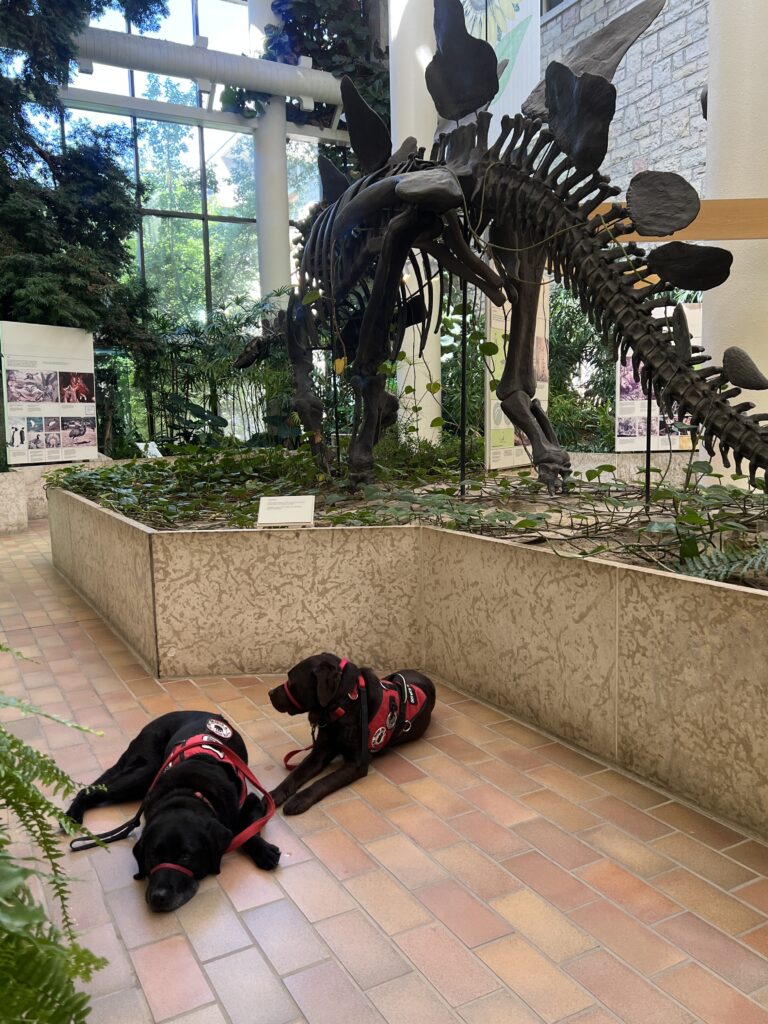 Hello Everyone!  Saint and Dusty here.

One of our stops on our Journey back home from Alaska was Saskatoon, Saskatchewan.  We stayed at a hotel right on the edge of the campus of the University of Saskatchewan.  That made getting to attractions on campus pretty easy.

We went to two attractions on two different days.  We visited the Diefenbaker Canada Centre.  Diefenbaker was a prime minister of Canada, the first from a prairie province, and the first to have a library with his artifacts.  This would be equivalent to a U.S. presidential library.

Also at the Diefenbaker Canada Centre was an exhibit on women in science.  That would send a powerful message to everyone, especially children. There are many discovery camps at the centre throughout the summer.

The other place that we visited on campus was the Museum of Natural Sciences.  They have a lot of geological specimens.  Those made us think of some of Mummy’s colleagues at UMPI.

What we really liked best, though, were the dinosaur skeletons.  Some of them were so big.  Putting them back together must have been like solving a big jigsaw puzzle.  The bones were a little tempting to us.  But they were safe: Mummy doesn’t let us have bones.  And we always try to do what Mummy says.  She knows best.

We’re including a photo of us lying before a dinosaur skeleton.  We know that he looks pretty scary.  But don’t worry—we were very safe.

Until the next time, Take care.  Be well.  Hugs and wags.