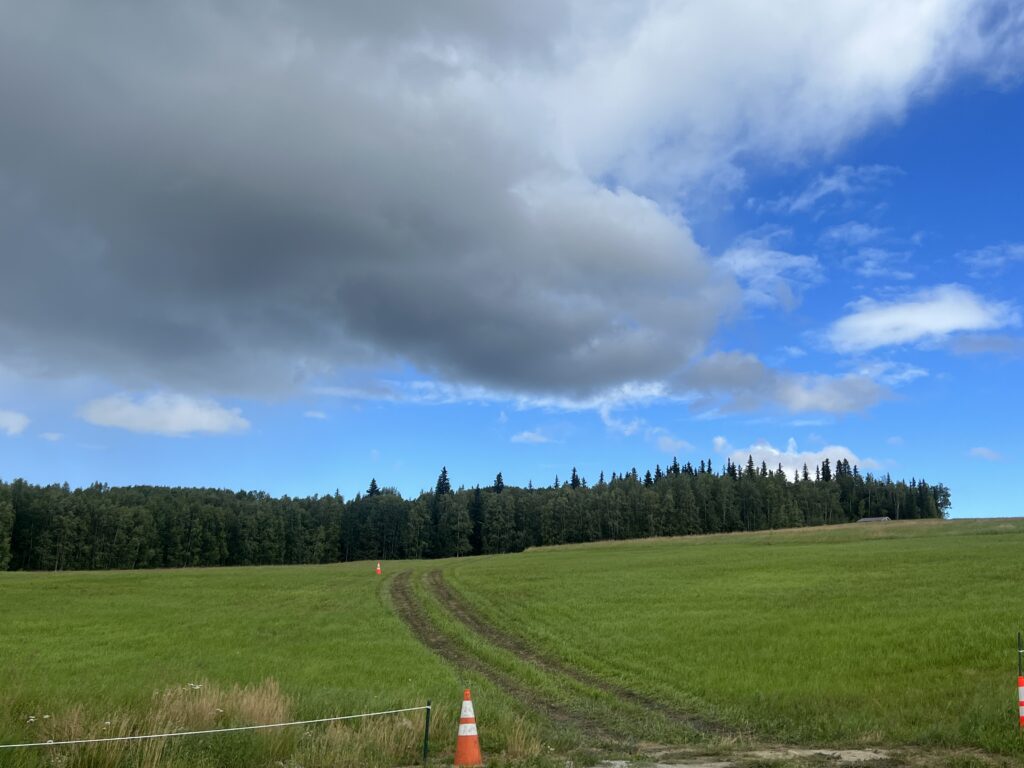 Hello, everyone!  Saint and Dusty here.

We know that some of you have been a little worried that we have not had more blogs about our Anything Is Possible Journey.  During our Journey, we have been in some pretty remote areas.  So we often didn’t have the bandwidth to upload blogs.  We’ll try to catch up a little now.

Previously, we mentioned that when we went to Denali on July 25, the winds were so strong that it was hard to keep Miracle on the road.  Mummy was strong, though.

By the time that we headed back to A Taste of Alaska Lodge, where we were staying in Fairbanks, it was much less windy.  As we were coming back up to Fairbanks, we noticed many downed trees and powerlines with crews out working on them.  We thought that we would have this story to tell at the lodge.

When we were within 10 miles of the lodge, Mummy got a call from Lily Eberhardt, the wife of lodge owner Kory Eberhardt.  She said that Kory had asked her to call Mummy to tell her that we couldn’t get to the lodge our usual way: trees had come down and had taken down powerlines, which were live and on the ground.  We were supposed to take a different road, go to the end, and he would meet us there.

We did that and Kory was right there on his ATV.  He looked at Miracle and said that we should be OK.  Then he led us across some big pastures, marking the trail as we went with orange cones.  We finally came to a road and arrived at the lodge the back way.  We were really proud of Mummy for blazing the trail.

None of the buildings in the Taste of Alaska complex—not the main lodge or any of the other cottages—had power.  So the Eberhardts hauled out a generator that they had had for 22 years and never had to use before.  It worked!

We were very lucky to be in the main lodge.  That was where the generator provided power.  We depended on it for more than two days.  Although the power crews were working night and day, there were so many trees and lines down on so many little roads that it took days to get everyone back up and running.

We were awfully glad to get the power back.  Still, Mummy really did an awesome job driving through the pastures.

Until the next time, Take care. Be well.  Wags and hugs.