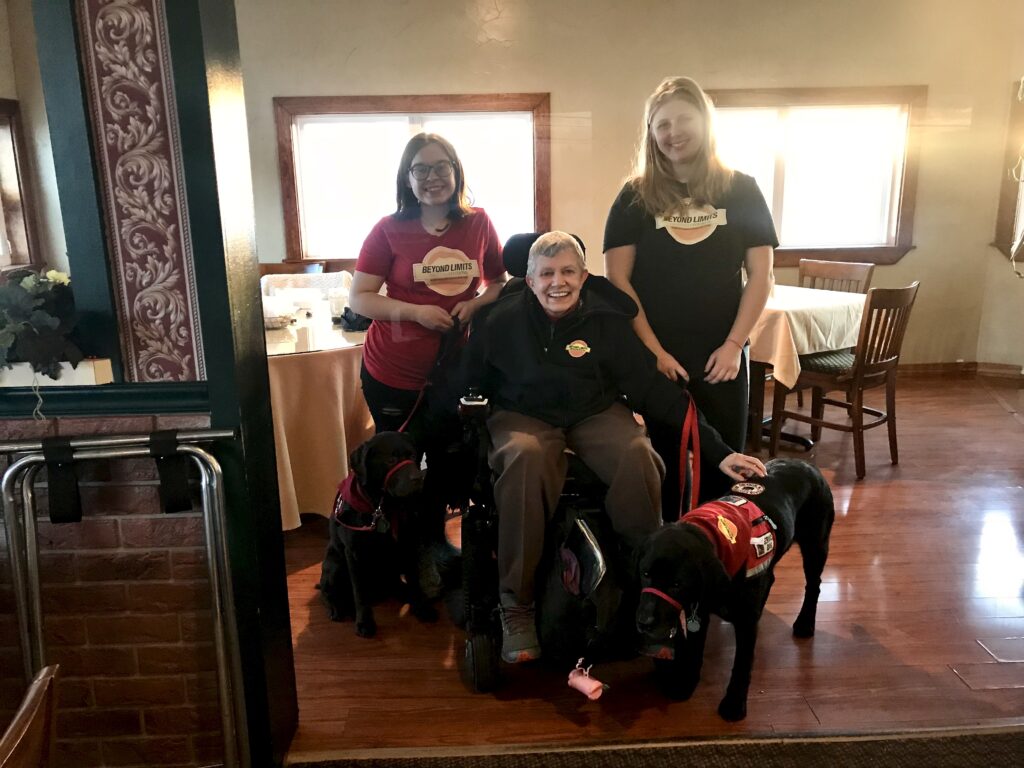 Hi everyone, Dusty here! I hope you all are safe and well! There’s a lot of sad things happening in the world, which has caused Mummy’s classes to go online. So we can’t see her students anymore which is very sad for us, but it’s for the best. Some of you may know we had a trip to Washington, D.C,. planned with some of Mummy’s students. But that got cancelled, which was sad, but we still wanted to do something. So Mummy, Saint, me, and Mummy’s oldest students hopped in the van and went on an adventure!

We drove all the way up to Fort Kent! We stopped in a town called Van Buren and we saw a super big moose statue, but I got to play in some snow, which I love to do! When we got to Fort Kent, we went to this restaurant called the Swamp Buck, which was very nice. The staff and people there were so, so friendly! There was a man who asked Mummy lots of questions about us!

After that, we went to the beginning of Route 1, America’s first mile! That was very cool to see. Then we got back in the van and headed back to Presque Isle. I loved being in the van because I got to give lots of love and kisses to one of Mummy’s students! After getting back to PI, we grabbed something called a 360 camera and Mummy’s student took some pictures with it. Then we went to Gram Russo’s for dinner. It was a great day and a great farewell! Saint, Mummy and I hope to see you all soon! Love and kisses, Dusty.

View all posts by Alyssa Sinclair