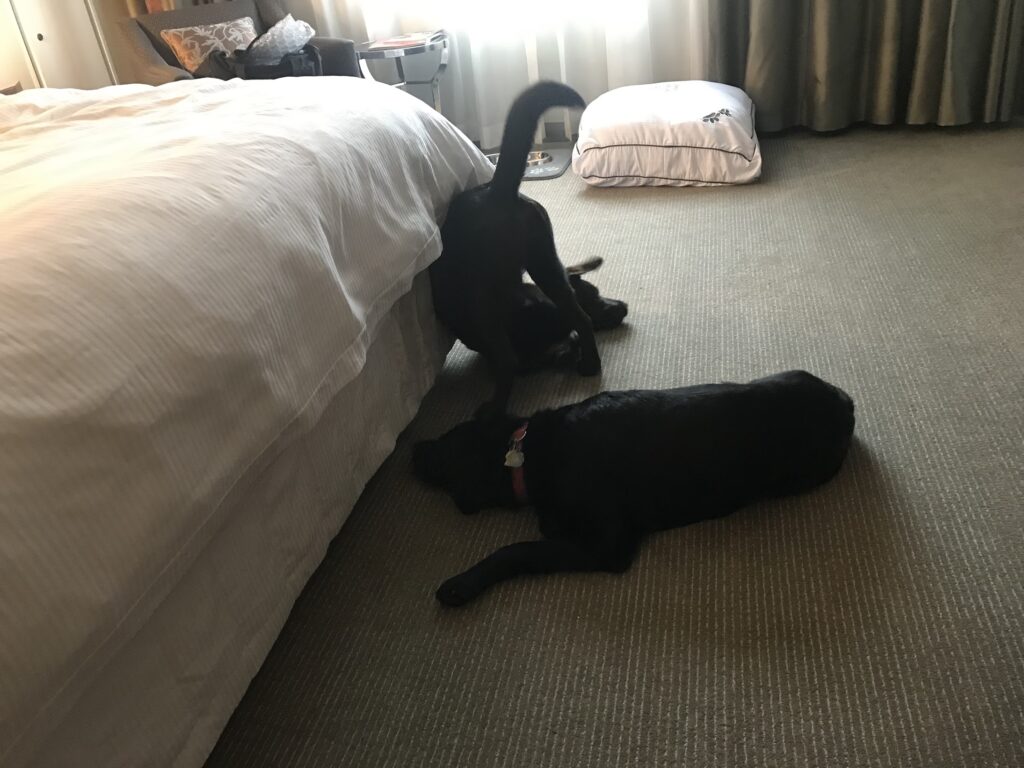 Hello everyone, Saint and Dusty here! We wanted to hop on and talk to you guys about our first adventure as a family! We went to Detroit, Michigan, a few weeks ago because Mummy had a conference. This was Dusty’s first time flying, and she did so well! It was also Dusty’s first time in a shuttle and on a train, but she did well with everything!

Detroit was so fun! We got to see some of Mummy’s friends, we went on walks, but we couldn’t get to the dog park because Mummy couldn’t get her wheelchair up there. There was also a lot of construction so sometimes we couldn’t walk on the sidewalk, either. But we still had a blast! We went to the Detroit Institute of Art and the Detroit Public Library, which were awesome!

Everyone at the conference was so surprised to see Dusty: nobody knew Mummy was getting another service dog! All of Mummy’s friends were so excited to see us though, and it was awesome! We stayed at a super nice hotel called The Westin with these awesome dog beds, but we wanted to sleep next to Mummy, of course. The bed was HUGE, but we stayed right next Mummy all night! We had a blast on this trip, and we are very excited for the next adventure!

We love you all! Until next time, Saint and Dusty.

View all posts by Joshua Archer