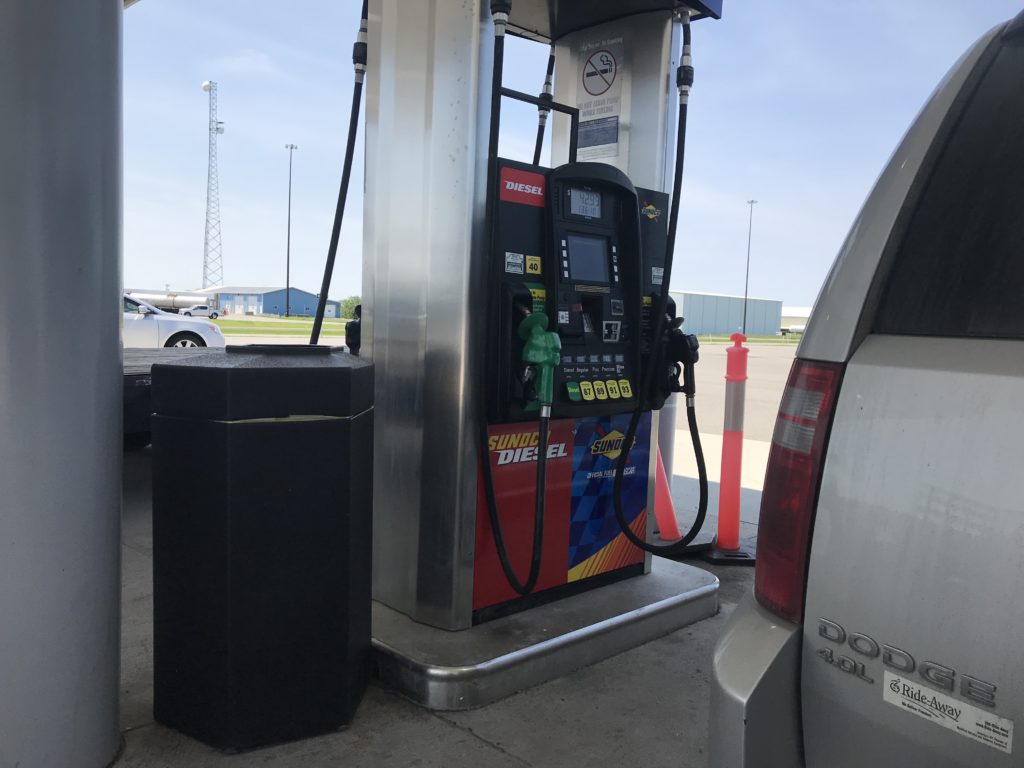 Tonight Mummy and I are in Morris, IL. That’s a little beyond Chicago.

Today we drove across Ohio and Indiana. It was beautiful farm country. There were lots and lots of trucks on the road and much road construction, so we pretty much just chugged along and didn’t get many photos.

In Indiana, we stopped at a rest area named for Ernie Pyle, a famous war correspondent during World War II who reported on the infantry and was killed during the battle of Okinawa.

Driving through the outskirts of Chicago was pretty exciting. I have never seen so much traffic. I don’t know if Mummy was nervous. I wasn’t nervous, though. I trust Mummy to get through anything.

One of the big achievements for us so far is that Mummy has been able to pump our own gas. Now, most people probably don’t really like to pump their gas, but for them it’s not a big deal. But for people in wheelchairs, it can be a very big deal. Gas pumps usually have a concrete curb around them to protect from being hit by a runaway car. These curbs used to be too wide for Mummy to get close enough to reach the pump. So when we travel, Mummy has always had to go into the gas station store and get someone from inside to pump for us. Most of the time people are pretty nice. Sometimes they are not. They seem to think that Mummy is annoying. And if there is only one person working in the store, we sometimes have to wait a long time.

So before we left for this trip, Mummy worked really hard to try to strengthen her arms enough to lift the pump. And so far, she’s done it! Also, the newer pumps now have a cutout that’s perfect for a wheelchair to get closer. Mummy says that this makes us a little freer.

Who knows what adventures lie ahead? I’ll try to keep you all posted.