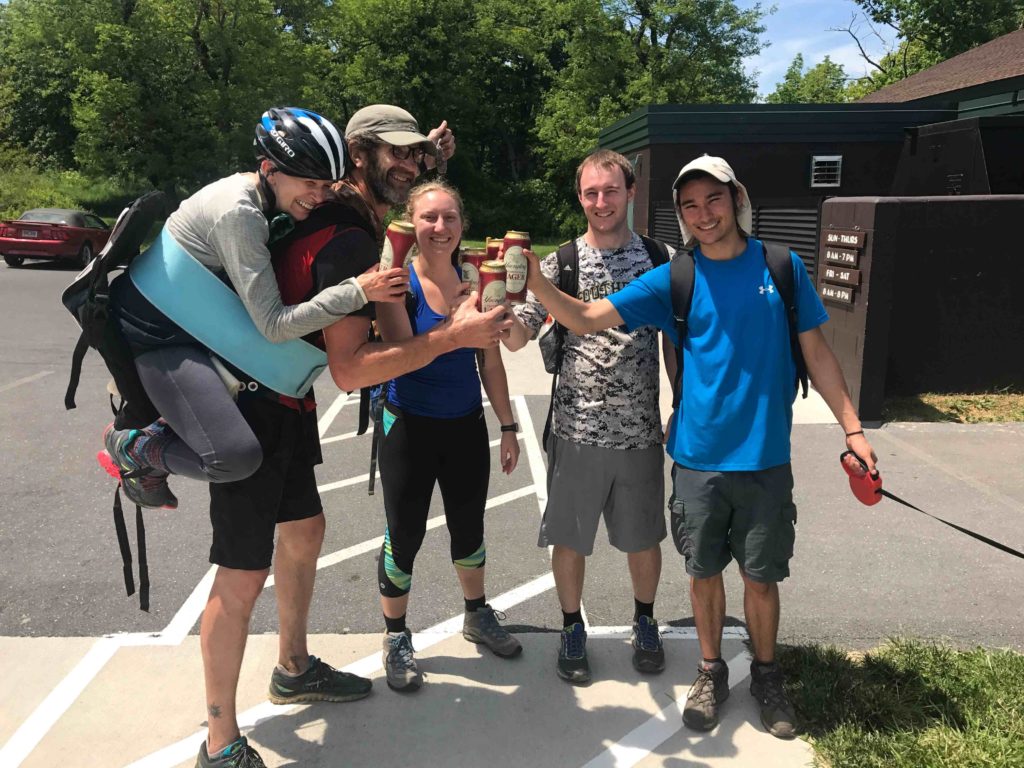 As I reflect on the adventures through the vegetable kingdom of the Blue Ridge Mountains, I find myself becoming reminiscent. I envision in my mind’s eye the experiences of traversing up, down, and through the multiform terrain, conversing with the eccentric characters of the AT, standing in reverence to the pure wildness of the denizen creatures in their natural habitat, and drinking in the picturesque scenery of the mountain overlooks. The rocky outcrops and established clearings were so abundant that it began to form a central theme for me. Looking over vast quantities of land reveals to the observer the advanced intricacy of the topological formations, the pattern in which humans propagate, and the distinct interconnectedness of an ecological system, yet in the same moment it reveals a kind of simplicity.

Gazing over the seemingly boundless landscape invokes in the individual the sense of raw wonder. Wow. And then the first thought one receives is something like “I am so small,” followed by a river of feelings. To my mind, this overlook metaphor is generalizable to the entirety of the endeavor. Beyond Limits: Awaken Your Potential is an organization which serves to impel people to convene with others, for the sole purpose for stretching the envelope of possibility. In other words, making possible that which is deemed impossible. To do so, we must set our inherent differences aside and work as a unit. That is just what we did from June 1 to June 10. We pushed ourselves beyond the perceived boundaries of the self and acted for others. If expanding oneself beyond their limits means to transcend oneself through the crucible of difficulty, and awakening means to rise up and out of sleep, then we are doing essentially the same when we climb up a mountain and are met with a panoramic view of where we are.

The mountain is a simple example of circumventing difficulty – the journey is fraught with dangers and risk. Every step gets you closer to the top, but with each step comes impending fatigue. The next step is harder than the last. At times you must break so that you can breathe, laugh, and drink water. This revitalization is necessary if you are to continue your peregrination. After a bout of struggle, unexpected hardship, existential curveballs, and excruciatingly long moments, you finally stumble upon a viewpoint. You have reached the summit. The encompassing nature of an overlook allows you to, in a sense, look down through the passage of time and space. From here, you are able to see all you have accomplished thus far. Another way to put it is seeing where you are relative to where you were. And similar to that of an individual waking up from sleep, the hiker lifts oneself up and out of the density of the shady forest and unto the luminous peak of nature’s prominence. Standing in the presence of an overlook represents our innate capacity to look over our boundaries, restrictions, limits, inhibitions, obstacles, and hindrances. And more importantly, that this pioneering into the realm of the impossible cannot be done alone.

One of the more sentimental aspects of this trip was that people thought we were a family. Towards the end of the expedition, we had to finally admit to ourselves that we were indeed a family. We were a group of varying individuals, most of whom were previously strangers, who unknowingly took part in a kind of metamorphosis. What happened was that we each had to shift our individual self to the side a bit. In doing so, we could leverage against each other and align our ideals into a group ethic. It is through this unspoken ethic that we silently agreed on how to treat each other. This is how we came to realize our familiarity, among other things. And I am grateful to have been a part of something like that. Thank you, and much love to Dr. J, Truffles, Hopper, Fescue, Glide, Rocky, and Legman.

View all posts by BEYOND LIMITS