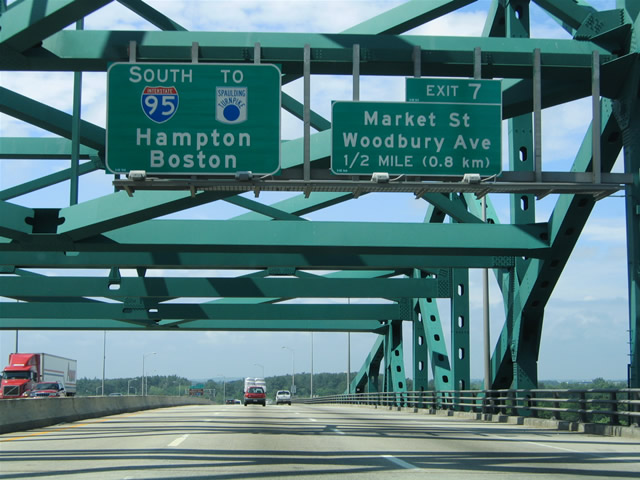 For some time, we’d planned to leave Maine on Wednesday, March 15. I wanted to be well on our way for my birthday, which is March 16. By leaving on Wednesday, it would give me the chance to have one last class meeting with my students (all my classes are on Tuesdays and Thursdays). So we packed up as much as we could ahead of time and tried to shepherd our students through everything on Monday and Tuesday, March 13 and 14. But we didn’t completely count on Mother Nature. A robust NorEaster hit late Tuesday and raged through the night and into Wednesday.

My sister, Sharon, was very concerned that me being me, I’d try to head out very early on Wednesday, regardless. She pointed out that starting with an accident would not be auspicious. I’m determined but not completely foolhardy. So I decided to hedge my bets. I had scheduled an appointment for my van, Miracle, for first thing on Wednesday, March 15. But in case I couldn’t get out on time, I also scheduled time on Thursday, March 16. I had planned to break my drive south down into three stops. The first was to be close to Sharon for two nights. The next was to be in Troutville, VA, close to Roanoke. And the final stop was to be in Dahlonega, GA, the closest good-sized town to the start of the AT at Springer Mountain. To further hedge my bets, I made a reservation for the night of March 15 in Augusta. I figured that if the weather was bad in the morning but cleared, we could drive down to Augusta in the afternoon, stay the night, then go on to Gray and get Miracle fixed first thing.

So that’s what happened. We stayed late at school on Tuesday night but got out before the driving was truly terrible. Then we went home and finished getting ready and packing. By mid-morning, the snow was abating and roads were becoming clear. We left between noon and 1 p.m. It was a strange feeling leaving home for what could be a long time. We had a good support team in place: my friends Kim-Anne Perkins, Deb Roark, and Ann Osgood for sending me supplies, looking after the mail, getting bills paid, etc.; and Jason Thompson and his crew to look after the house itself. So we knew that it would be OK. But we’d never been away from home for so long before. And we were headed off for a pile of uncertainty, to say the least. So we had very mixed feelings driving off that day.

The roads were in really good shape by this time and we made excellent time to Augusta. We arrived before dark. We weren’t able to park in our usual spot that gives good access to the front door because the Quality Evergreen had not shoveled the striping beside the accessible parking spot. But we battled with the non-automatic door on the back and managed to get settled. Because I was traveling for a nonprofit, the Quality Evergreen gave us a good rate. And now a refrigerator and microwave come standard in every room, so we were able to heat something for supper.

The car was packed to the roof. Deb Roark had been out to the house the previous Saturday, taking down the cot and packing it up along with the air mattress and other camping things. We got a lot of the camping things into a big cardboard box that we put on the front passenger seat. Al had crammed the hiking wheelchair into the space that forms an L in the back of the van. He came out to the house on Tuesday night to put in other things such as the Jac Pack. (He was staying at UMPI on Tuesday night so that he could be there early to do plowing.) As we traveled, we didn’t take out anything from the front passenger side or from the alcove in the back of the van. All along the way we tried to limit our trips at night to two or three, taking in the suitcase, the duffle bag, the computer and some food (cold and packaged). So we settled in and got ready for a big next day.

We packed up on Thursday, March 16, and got to Mobility Works just as it was opening. I was apologetic that I hadn’t called to say that we wouldn’t arrive until Thursday but Barry said that that was OK—they hadn’t even been open on Wednesday. (Good thing that we didn’t push to get down then.) We weren’t stopping for our regular servicing but because we had tried to swap the passenger seat into the driver’s position and couldn’t quite get it to lock into place. We had tried this when Teri had visited last and Al had come by with our adaptive gear to try. Al is so clever and versatile, it was hard to believe that he couldn’t make the seat lock in—but he could not. We hadn’t swopped the seat in a long time. We thought that it would be necessary to swop the seat during the ATA because we wanted to make it possible for other people to be able to drive Miracle.

They took Miracle right in. It took a bit of time to fix the seat. They had to move some parts. I asked the mechanic why that was necessary, since we had been able to move the seat in past years. He said that the seat snapped in fine on the passenger side but that in time, the weight of the wheelchair on the driver’s side had made the floor less tight. He also showed me a few tricks to get the seat locked into place. He showed me the strongest part of the seat—part of the metal frame. It’s fine to push down on that but not on the plastic, which is pretty fragile.

We were able to head out in late morning on our way to Sharon’s. We were also in conversation with Kim-Anne about trying to get some of the UMPI students to come south and hike with us. The UMPI spring break was the last week in March—about the latest of any college or university. That didn’t work out because the distance was just too great—none of the students could afford the long trip down.

We got to the Residence Inn in Avon around 3, so we could check in. Sharon was tending her dogs and came along shortly thereafter. I was getting settled. She came in and we talked for a bit to catch up. I had planned to arrive on March 15 and have a longer visit with her and also see Babe and Jo. The best laid plans…. S said that she had the ramps up for her house and that she had had her plow people shovel. She had also had help from a neighbor and her son who was home from college. So I could have gone to her house and gotten in. She had some food for me that was left from New Year’s. I pointed out that it was my birthday, which she had forgotten. So we decided to go out to Abigail’s. As she said, each time that I visit she thinks that it will be her last time to go there. We had a nice dinner and a good chance to talk. She’s having a very challenging time getting through all of the paperwork in the aftermath of Garrett’s death. And going through everything in the house seems endless. The house is so big and had so much space. So she saved everything—every paper that Megan ever produced, for example. Everything has memories and takes time. She would like to get out the house and move closer to Megan. She said that there is really nothing that ties her to the Hartford area and she never really liked it. But she can’t go without getting things much more settled.

We were up much later than I thought that we would be, talking. And I wanted to get up and on the road early to avoid traffic around major cities such as NYC and Washington, D. C. We were so impressed that Sharon dragged herself out of bed to come see us off. Parting was a bit hard. We were going off into uncertainty. And she was left sorting through memories and with so much difficulty.

Friday was March 17, St. Patrick’s Day. We wondered if there would be a lot of extra traffic around the big cities because of that and because it was the start of a weekend. This was the day that we drove through the most states.

We started out in Connecticut, then moved on to New York. There was a lot of traffic, but it moved along steadily. We were on a lot of parkways. Many of them did not allow big trucks. Although we went close to the city, we certainly didn’t go through it. We also didn’t cross the George Washington Bridge. We took the Tappan Zee into New Jersey.

As a child, I’m sure that we drove through New Jersey. Dad had taken on us trips, sometimes driving us out to Utah. But I didn’t remember anything about it. New Jersey is often the butt of jokes—perhaps because it’s like a step-sibling of New York. So we didn’t know what to expect. But during our limited time passing through, it seemed quite nice.

After New Jersey we drove into Pennsylvania. We were going to be traveling through there for quite some time. I knew that we must be in Pennsylvania, because we had barely crossed the border when we came upon a Waffle House. One of my students this semester, when we did the rural development exercise about what would be their ideal business for Aroostook County, answered without hesitation that it would be a Waffle House because the closest one was in Pennsylvania. And so it was.

Pennsylvania was really lovely. We went by signs for larger cities, but mainly were driving through the western part of the state and farm country. I would have liked to stop periodically to take photos, but this was to be our longest driving day and I didn’t know how bad the traffic would be in Virginia. So other than stopping to get gas or for a short break, we pressed on.